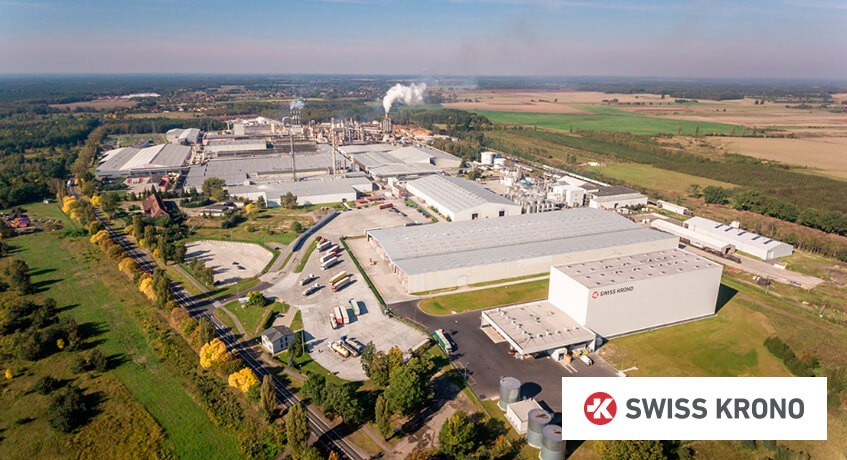 The decision about the implementation of a new IT tool in the processing of loadings and shipment of goods is, first and foremost, the answer to the following question: will the committed effort and money spent result in expected improvements? As the cost of implementation is quite easy to calculate, especially when purchase, integration and usage are concerned, the following parameters always cause much doubt when it comes to their specification:

will improvement be noticeable in analyzed processes?

how will customers, service suppliers and co-workers react to the change?

which departments will be included in the implementation?

should the new system be integrated with already-functioning ERP, WMS, etc. systems?

As such, it is worth to research the experience of other companies with similar specification or from a similar brand before making the decision. An example of such an implementation is a project realized by SWISS KRONO for the initiation of Time Slots system by LOGINTEGRA.

SWISS KRONO is one of the largest manufacturers of wood-based boards and products intended for the manufacture of furniture, construction and interior outfitting. It is a part of Swiss Krono Group (Ernst Kaindl). The company has come into existince in 1994, employs 1,150 people and its yearly turnover amounts to 2 billion PLN (source: www.swisskrono.pl). The shipping department of SWISS KRONO sends over 3,5 thousand trucks every month, delivering their products to recipients in the country and 75 countries in the world. The implementation of Time Slots system was preceded by project workshops, system adaptation, integrations and training of future users.

After almost two years of functioning of this new solution, we have asked following people for their comments:

What inclined you to look for IT solutions supporting the processing of loadings and shipments of goods in your warehouses? What difficulties have you encountered and in what areas, also what negative repercussions have they brought?

(BB) The main issue were the so-called loading peaks cause by an uneven distribution of the number of loadings within a day. The implementation of Time Slots has allowed for scheduling of loadings according to our expectations, which in practice resulted in smaller queues to the terminal and speed up the loading time.

Which departments in your organization were included in the implementation of Time Slots?

With your scale of loadings and unloadings (several hundred trucks serviced daily), integration with ERP system seems a necessity. What benefits did the joining of two systems yield?

(DK) It is hard to specify any benefits. It seems that integration with ERP is a necessity even at a several times smaller scale. Lack of integration would necessitate a manual addition of deliveries, creation of departures, etc. The flow of information – ERP -> Time Slots – is absolutely necessary. On the other hand, the flow – Time Slots -> ERP is required only to a limited degree (reporting, statuses, etc.). In our case, aside from the information for the Finished Goods Warehouse, the most important thing is updating the truck/driver data in WMS/ERP.

You cooperate with a large number of external contractors (customers, carriers, suppliers, etc.). Has the implementation of Time Windows streamlined the communication?

(DK) It has, at this time communication is severly limited thanks to “self-notification” of deliveries by carriers/shippers/recipients (EXW/FCA). However, new subjects for conversations and email exchange do arise, such as, for instance, lack of free windows, etc…

(BB) The value added is also access to up-to-date information regarding the driver’s mobile phone number, which enables the vendor or customer to get in touch with the driver in case of issues.

Notification and scheduling of all deliveries from SWISS KRONO warehouse in Żary in the system has commenced in July, 2017. The next stage of the implementation of Time Slots has seen the expansion that included a delivery of resources that due to different specification had been realized as a separate project – also by LOGINTEGRA.

We know from experience that loading and unloading peaks as well as queues of trucks in front of a warehouse occur both in companies that service several hundred trucks daily as well as those that see only several dozen per day. Smaller manufacturers have less resources, fewer platforms and parking spaces at their disposal, which in combination with uneven workload distribution can cause the same problems.

This website uses cookies to improve your experience while you navigate through the website. Out of these, the cookies that are categorized as necessary are stored on your browser as they are essential for the working of basic functionalities of the website. We also use third-party cookies that help us analyze and understand how you use this website. These cookies will be stored in your browser only with your consent. You also have the option to opt-out of these cookies. But opting out of some of these cookies may affect your browsing experience.
Necessary Always Enabled
Necessary cookies are absolutely essential for the website to function properly. This category only includes cookies that ensures basic functionalities and security features of the website. These cookies do not store any personal information.
Non-necessary
Any cookies that may not be particularly necessary for the website to function and is used specifically to collect user personal data via analytics, ads, other embedded contents are termed as non-necessary cookies. It is mandatory to procure user consent prior to running these cookies on your website.
SAVE & ACCEPT